Dislikes:(A lot of things but keeps it to himself),Being picked up,Pet, Being treated as a child, Being teased for his early graying hair, Pointing out he has a Feminine name.

Guardian: Oschon, the Wanderer
----
~{Personality}~
Quite Introverted and Enigmatic towards people his Aloof personality sometimes rubs off as 'Edgy' or 'Asshole' to others that it became a habit not of talking openly unless spoken to, His social skills are awkward to a point for initiating any type of conversation that would lead to small talk..(Which he tries his best to avoid at all costs.)

Despite the outside of Eilonwy's seriousness he is actually caring and considerate towards the people he cares for in his company, For his straight faced expressions or disgruntled sighs that come out of his monotone yet rough way of speaking comes with a sarcastic yet mischievous part of himself that sometimes gets him into trouble.
----
~{About The Rootless Bard}~
A Gridanian Bard who travels to seek for the origins of his 'Rootless' Surname. Orphaned in the woods of this mighty forest his journey started
around the early parts of his life..

Eilonwy grew up surrounded by the sounds and sights of the forest his eyes and ears were quite sharp as a local Gridanian would have it, With his love and admiration for the arts that were apart of the Gredanian way of life.
Sneaking out of his Orphanage to the Mih Khetto Amphitheater just to hear those Bards and Dancers duet or perform as they burned brightly on stage, He often wished to himself that one day he could become a performer like them in his dim world.
Dedicating himself the Art he practiced in secret trying to copy and imitate the heart of a Bard and Dancer before being discovered by a local music school for his natural talents in the making getting recruited in as young prodigy at his young age and markings of a future Bohemian. 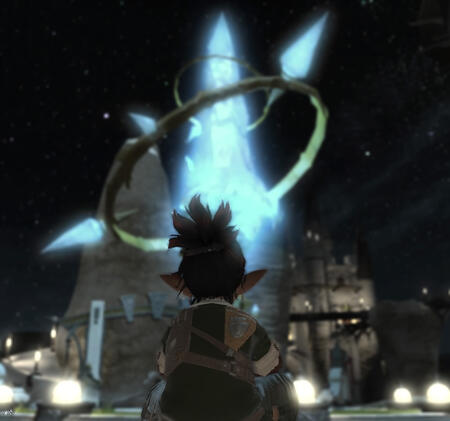 The Fjorfeythur sername in Eorzea has a very strange upbringing when mentioned. A strange phenomenon or the theoretical version of the 'Mandela effect' within the Shards of 14.◇ Everyone has heard of the family but yet has no idea the origins of this name, Thus Eilonwy being stuck with such a strange lastname and no ties within blood relatives dead or alive nor history to pin point it's original roots making him in a last Survior with this last name.
--
~The Backstory of the Local Attitude Problem~
Despite this life of his early days of becoming a Performer, not all of these days were happy or pleasant as they would seem, Eilonwy being an orphan into a world alienated for his rootless surname he'd often jump into fights,mischief and criminal activity out of his Anger and Melancholy take of the world he'd be born into as he viewed his life less valuable then others.

As the Seventh Calamity hit Eorzea as well as the Gridanian forests he once knew and played in as they were up in flames once again feeling as if he was never meant to have a home, Eilonwy would denounce himself as a Gridanian considering himself 'Rootless' as he'd no longer have an attachment to the place he'd once in his life considered home.

During his travels around and through Eorzea his way of thinking changed..his responsibilities as a Bard and Dancer now speaking alot louder as he'd understand the meaning of 'touching the hearts' of the people he'd perform for changing himself into a better man he'd want to be today then to hold these shackles that made him obsessed with the truth with his past..cling onto a tiny sliver of hope to find onto who he truly is..inside and out.
--
◇(This is going by the actual lore within Final Fantasy XIV timeline. 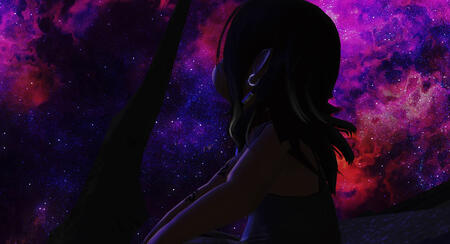